Nina Senicar with a Hollywood star 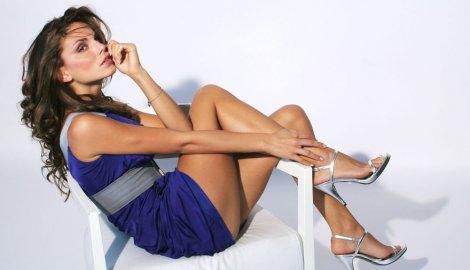 As the Blic learns Nina Senicar (29) started several months ago dating British actor Dominic Adams whom she met a year ago.

Although she does not like to speak about her private life, Nina is not hiding from her friends a romance with a seven-year older colleague. They actually revealed to us that this model and actress is exceptionally happy with Dominic whose most important roles are in sitcoms ‘The Joe Meek Story’, ‘Devious Maids’ and ‘Romancing The Joan’.

-The two understand each other very well. He is giving her advices since he has more experience in Hollywood and is her biggest support – one of Nina’s best friends says for the Blic.

Two years ago Nina moved to Los Angeles aimed to dedicate herself to acting more seriously. However, she continues working as a model and that is where she and Dominic found the common language. Before starting his career as an actor, he appeared in numerous advertising campaigns. Nina and Dominic often go out to clubs and at John Elton Foundation’s party they were elected the most beautiful couple.

While Nina is avoiding posting photographs with her new boyfriend, Dominic is not hiding at the Instagram that he is dating a beautiful Serb.

In Italy Nina Senicar has a status of a TV star for several years. After several important engagements as a host and participation in reality programs, she has dedicated herself to acting. She is attending a school of acting in New...