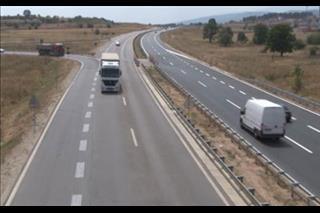 PODGORICA - The statement by Serbian Prime Minister Aleksandar Vucic that the Belgrade-Boljare motorway would be completed within four years is the best proof that the governments in Belgrade and Podgorica are working in synchrony on the transport ties between the two countries, Montenegrin Minister of Transport and Maritime Affairs Ivan Brajovic stated.

In a statement for Radio Television of Montenegro, Brajovic expressed the belief that the citizens will soon be able to travel by means of the Bar-Beograd motorway.

We have a number of other joint projects, such as the improvement of the railway line from Bar to Belgrade, Brajovic said and added that he invited Minister of Construction, Transport and Infrastructure Zorana Mihajlovic to visit Montenegro.

The construction works on the 12.5 kilometre section from Ub to Lajkovac are currently underway on the part of the motorway to Montenegro popularly known as Corridor 11 in Serbia. The works are funded by the Serbian budget. The Azerbaijani company AzVirt is building some 40 kilometres of motorway from Ljig to Preljina. The funds were provided from the Azerbaijani loan worth EUR 308 million.

In late February, representatives of the Montenegrin government signed a framework agreement with China on construction, preparation of project plans and procurement and installation of the materials and equipment for the Bar-Boljare motorway and its priority section from Smokovac to Matesevo.