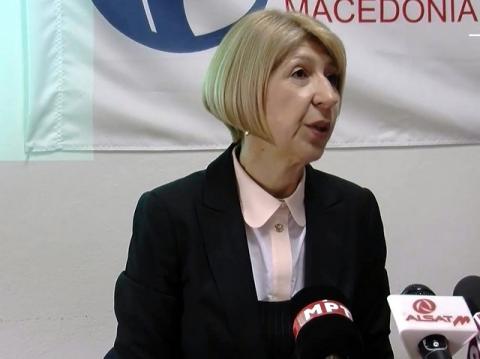 “The charges are for illegal payment of expenditures for the election campaign, such as paying in cash, and for using municipal and public enterprises funds for political party purposes,” the head of Transparency, Slagjana Taseva, said.

At a press conference in Skopje, the Macedonian branch of Transparency International presented cash receipts as evidence that the ruling VMRO DPMNE party on March 26 paid a local public enterprise in the town of Prilep in cash to set up a stage for a party rally.

Transparency said it had obtained the receipts from the public enterprise through a public information access request. The enterprise handed over the receipts to show that it did not erect the stage for free.

Transparency said it was suing the party for breaking article 71 of the electoral law that prohibits parties from making cash payments during elections.

The law obliges all parties to open separate bank accounts that are be used solely for payments related to the election campaign.

In another case, Transparency said it would sue the ethnic Albanian DUI party for misusing public funds for party purposes during last year’s local elections.

Taseva presented documents from the municipality of Studenicani that she said show that, in February 2013, the municipality paid for the procurement of computers “under the order of Artan Grubi from the DUI”, who is chef de cabinet for the DUI head, Ali Ahmeti.