Greece drops further in press freedom rankings, according to NGO 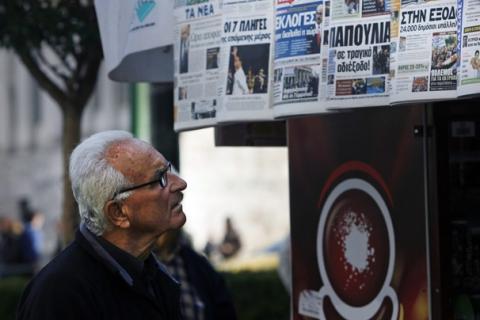 Greece lost five points in terms of its press freedom last year and now ranks 92nd out of 197 countries, according to an annual report by Freedom House, published on Thursday.

The US-based non-governmental organization rated the media in Greece as being partly free. It placed Greece below Mozambique but just above Lesotho in terms of the freedom of reporting.

Freedom House said that the decline in the Greek rating was in a large part due to the sudden closure of public broadcaster ERT in an opaque manner in June 2013.

In addition, the year featured an increase in the number of libel cases and the use of surveillance against journalists, as well as the non-transparent awarding of telecommunications licenses, added the NGO.

Greece has lost 17 points in the press freedom rankings since 2009, which is the biggest decline of all countries.

Global press freedom has fallen to its lowest level in over a decade, according to Freedom House.

The decline was driven in part by major regression in several Middle Eastern states, including Egypt, Libya, and Jordan; marked setbacks in Turkey, Ukraine and a number of countries in East Africa; and deterioration in the relatively open media environment of the United States, it said.

Dacic responds to Pacolli: Serbia's only weapon is truth