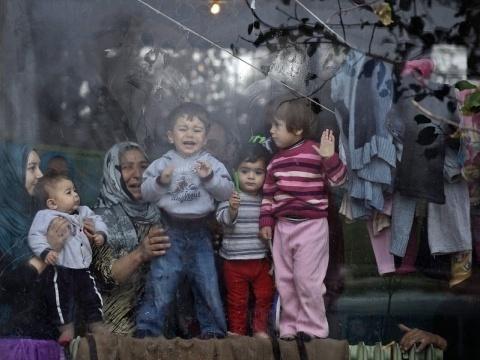 Systematic violence of asylum seekers' rights were reported in documents for both Greece and Bulgaria. Photo by EPA/BGNES

Greece has also committed serious violations against asylum seekers and immigrants entering its territory from Turkey, a new report by Amnesty International has argued.

In a document published Tuesday, the same day on which Human Rights Watch presented its report on refugees in Bulgaria, the international human rights organization claims there is evidence of widespread misconduct by border authorities toward asylum seekers, many of which have been expelled "at least once" from the country before entering.

After interviews with 67 migrants based in Greece, Bulgaria, and Turkey, Amnesty International describes the instances of violence and expulsion practiced in Greece are "frequent... if not systematic".

Allegations within the report bear resemblance to the statements in Human Right Watch's document dedicated to Bulgaria called "Containment Plan: Bulgaria's Pushbacks and Detention of Syrian and Other Asylum Seekers and Migrants".

It claims a plan has been put in force by Bulgarian authorities to reduce the number of asylum seekers by returning to Turkey those who illegally cross the border.

EU officials were quoted by Dnevnik.bg as saying that the European Commission was seriously "concerned" over the situation of asylum seekers in Bulgaria and Greece, as it was described in the reports.

Governments in both Sofia and Athens, on the other hand, dismiss claims in the documents of human rights organizations and describe them as "lies", stressing that border pushbacks were not commonplace, but rather "isolated" cases.

In Bulgaria, the country report prompted a fierce attack by officials, with the head of the Bulgarian Agency for Refugees, Nikolay Chirpanliev, even describing HRW...