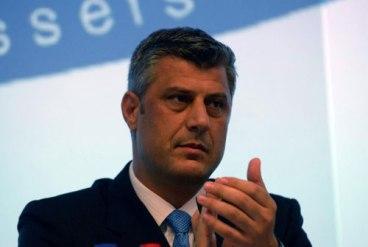 PRIŠTINA -- Hashim Thaci has said that he proposed "the holding of parliamentary elections on June 8," during the Wednesday meeting with leaders of other political parties.

The meeting took place at the U.S. embassy in Priština.

According to the Kosovo prime minister, who spoke on Thursday, what is "first and significant" is the vote on Monday "about the army of Kosovo."

"If we lose this moment for a vote, then we will wait many years to establish an army, because we will have a different configuration of political forces," he told TV Klan.

Thaci added that "the vote on the armed forces and the issue of reserved seats for minorities in parliament" are "separate things."

"The issue of voting for the armed forces is not tied to the reserved seats. As for reserved seats, I saw that (Ramush) Haradinaj was also in favor, and I do not know what it is that the LDK (party) has against minorities in Kosovo," Thaci said.