7th Beldocs to screen 34 movies as of Tuesday 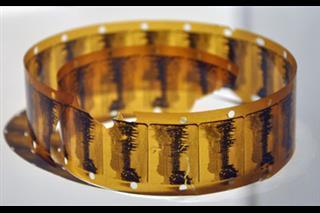 BELGRADE - The 7th International Documentary Film Festival, Beldocs, opens in Belgrade on Tuesday, and will screen 34 Serbian and foreign movies in total.

The program of the festival comprises six units: Serbian Competition Program, International Program, 3D, Beldocs Supports, Kosovo-Metohija in Focus and Out of Competition. The special program will be dedicated to the marking of the WWI centenary.

The festival will be officially opened at Centre Sava with a premiere of the documentary "Coach Zoran and His African Tigers" by UK director Sam Benstead.

The movie is following Zoran Djordjevic, an experienced soccer coach, along the path toward creating the first national team in the newly-established state of South Sudan.

Documentary buffs will then have an opportunity to see "My Craft" by Serbian director Mladen Maticevic about the life of Croatian singer-songwriter Arsen Dedic.

This year's Beldocs will also screen four German movies, including the 3D film project "Cathedrals of Culture" about the soul of buildings, which premiered at the Berlin Festival.

"Amma und Appa", directed by Jayakrishnan Subramanian and Franziska Schoenenberger, also comes from the Berlin festival. 'Amma' and 'appa' are the Tamil words for mother and father, and the movie is about two married couples - the Bavarian and Indian ones that get acquainted after their children fall in love and want to shoot a documentary about the meeting of the two cultures.

The 2014 Beldocs ends on May 14 with the awards ceremony and a screening of the movie that won this year's Oscar for the...

EC to recommend opening of two clusters with Serbia