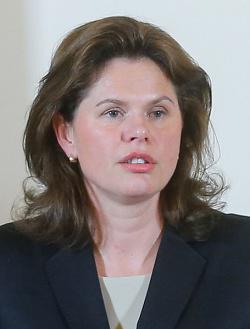 Alenka Bratusek, a 44-year-old financial expert, has announced stepping down Saturday after 13 months as the country's Prime Minister, and has officially resigned, Monday.

Bratusek held emergency meetings with her coalition partners on Saturday, after being voted out as leader of her Positive Slovenia party. The mayor of the capital Ljubljana, party founder Zoran Jankovic, initiated the coup within the center-left party, saying Bratusek's austerity policies in Slovenia went against the party's election promises, the DW reports.

Bratusek has said she could not lead her center-left government without the party’s support. Meanwhile, coalition partners have threatened to leave the government because Jankovic faces a corruption probe.