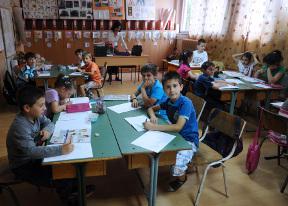 
A law on nationalities would help clarify Albania's policy, and other steps also are needed to address remaining discriminatory practices against minorities.

Albania should better define and improve its treatment of minorities, the Committee of Ministers of the Council of Europe said.

The council (CoE) adopted a resolution calling on Albania to implement the Framework Agreement for Protection of Minority Languages and provide education in these native tongues throughout the country.

It stated a climate of respect and tolerance of ethnic minorities generally prevails in Albania -- including Greeks, Macedonians, Serbs, Montenegrins, Vlachs (Arumans) and Roma -- but there are significant shortcomings and no sufficient opportunities exist to learn their native languages.

It noted this is the case of the Greek and Macedonian minorities beyond the areas where they are highly concentrated, and noted no education is provided in the Serbian, Montenegrin, Vlach (Aruman) or Roma languages.

The Albanian government had allowed education in Macedonian in the Pustec municipality where Macedonians form a majority.

CoE council of ministers' resolutions are legally binding for the council member states and their implementation is closely followed in countries subject to monitoring, as is the case with Albania, said Aleksandar Nikolovski, vice president of the monitoring commission of CoE's parliamentary assembly.

"This right can be practiced beginning in September of this year with the start of the new school...