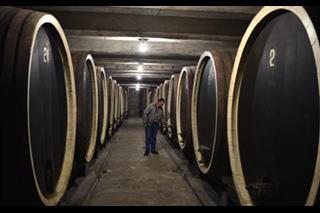 TOPOLA - The first Sumadija wine festival will be held at the royal winery at Oplenac on May 17-18, stated the Association of Winemakers of Sumadija, the region in central Serbia.

Association President Bozidar Aleksandrovic said that the wine festival in Topola, where modern Serbian viticulture and winemaking were introduced, will practically initiate the idea of winemakers to turn Sumadija into Serbia's Toscana.

“A total of 14 registered winemakers and members of the Association of Winemakers of Sumadija will exhibit their products at the festival, five of whom are from Topola,” he said, adding that the goal of the festival is to make Sumadija wines recognizable not only in Serbia, but also in the world.

The royal winery, where the two-day festival will be held, will for the first time be included in this year's Museum Night event, Dragan Reljic manager of the Karadjordjevic Endowment said, adding that the visitors will be allowed to tour five historical buildings dating from the time of the Karadjordjevic dynasty.

Vucic: Serbia will not back sanctions against Republika Srpska