Young Syrian refugees fleeing to Greece to get polio vaccines 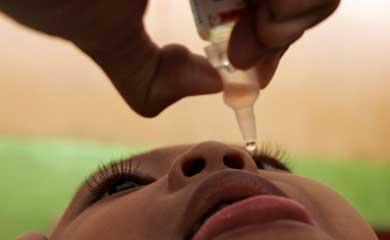 Greece is to begin vaccinating young refugees from Syria against polio because of fears that the infectious disease, which was officially wiped out more than a decade ago, may be reintroduced to the country by people fleeing the war-torn state.

The head of the National Health Operations Center (EKEPY), Panayiotis Efstathiou, said on Thursday that all Syrians under the age of 18 would receive vaccines at reception centers due to the near collapse of the health system in their country.

He added that medical checks at reception centers are being stepped up in general and that about 90 people have been hired to provide assistance.