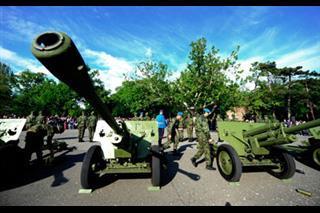 The main Victory Day event, to be lead by Minister of Labour and Veteran Affairs Aleksandar Vulin, will start with a wreath-laying ceremony at the cemetery of the WWII liberators of Belgrade.

Taking part in the ceremony will be representatives of the Ministry of Defence and the Serbian Armed Forces, an association of WWII veterans, the city of Belgrade as well as officials of the Russian, Ukrainian, Belorussian and Azerbaijani embassies.

Victory Day, a national holiday, will be marked with traditional educational activities in primary and secondary schools, as well as by ceremonies and gatherings at military memorials and massacre sites in many Serbian municipalities and cities, the statement said.