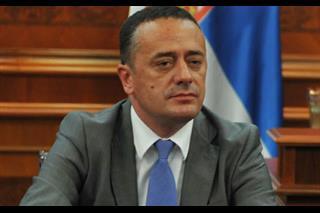 BELGRADE - Serbian Minister of Energy and Mining Aleksandar Antic will pay a visit to Beijing on May 12 and 13 and take part in a meeting of national coordinators of the mechanism of cooperation between the People's Republic of China and 16 Central and Easter European Countries (CEEC).

Antic, who is appointed Serbia's national coordinator, will take part in this international meeting whose goal is to contribute to better implementation of the documents of the cooperation strategy adopted at a summit of Chinese and CEEC prime ministers in Bucharest on November 23, 2013.

Serbia is one of the most active members of the mechanism as it has initiated the realization of two important projects in the area of infrastructure and energy - the construction of Belgrade-South Adriatic highway and the first phase of reconstruction of thermal power plant Kostolac.

As part of the multilateral cooperation between China and CEEC, negotiations are underway on other investments important for Serbia such as the second phase of reconstruction of thermal power plant Kostolac and construction of international railway Budapest-Belgrade, which is a project of regional importance.

The meeting of national coordinators will discuss the reports on the level of cooperation reached between all participating countries in other spheres as well, including projects in agriculture, trade, tourism and education.

Antic will suggest that Serbia would like to host the next summit of the Chinese and CEEC prime ministers, which should take place by the end of the year.

The minister will also put forward that the seat of the association for cooperation in the area of infrastructure and energy formed as part of the mechanism should be located...

Tanin: I raised importance of continuity in dialogue