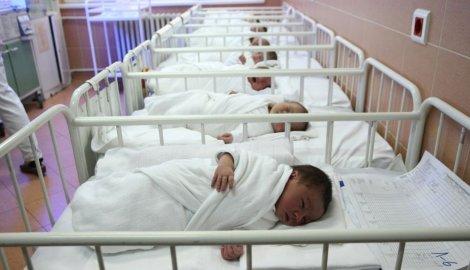 At least 80 prematurely born babies in Serbia last year could have been saved from death.

Their death could have been prevented had the administration (the Batut Institute and the Republican Fund for Health Insurance) secured the RSV, a serum against respiratory virus for all prematurely delivered babies and those with heart problems. It is a deadly infection for the youngest population. Last year it claimed 80 lives.

However, at the Batut Institute they claim that the medicine in question has not been specified in the covering Book of Rules.

- That is why the healthcare institutions have not specified request for this kind of passive immunization as per clinical indications – the Blic was told at the Batut.

Every year there are about 4,000 prematurely born babies in Serbia, while the administration provides the RSV for about 40 of them only. Croatia is providing this serum for about 700 babies and the Republic of Srpska for 140 babies.

- The serum is on the positive list and should be administered to every prematurely born baby. Until recently it used to be given only to babies born in the 28th week or earlier. In February the limit was raised to 35 weeks but it only caused additional problems since we cannot provide even a portion of the required doses – a doctor in Belgrade says.

In Serbia there is no official evidence as to how many children are affected by or die from RSV. There is neither an obligation that such cases are reported. Instead it is often specified that death was caused by pneumonia or some other problem which is just a...