Korres partners up with Santorini vintners 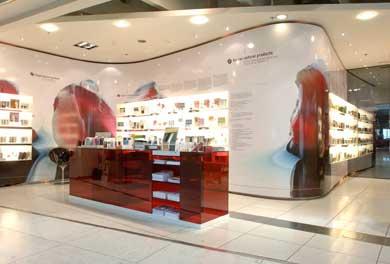 The secret of Santorinis Assyrtiko is rapidly making its way through the grapevine of New Yorks gourmands, who are raving about the grape variety grown on the southeast Aegean island.

The Americans are mad about Assyrtiko, the general manager of the Union of Santorini Cooperatives, Matthaios Dimopoulos, says with no small amount of pride.

The Assyrtiko grape is, of course, grown in other parts of the world as well, but the climate and terroir of the volcanic island have endowed the local grapes with special characteristics, most notably a high concentration of polyphenols, which affect the wines taste, color and mouthfeel.

When vineyards are under stress, as ours are because of strong winds and aridity, you do get high polyphenol concentrations. This is why we like to say that Assyrtiko is the only white wine with the characteristics of a red, says Markos Kafouros, chairman of the the Union of Santorini Cooperatives and deputy mayor of Thera (as Santorini is officially known), as he shows us around the USC premises, which has hosted some 300,000 guests in the past few years alone for tastings.

Other than winemakers, the union also represents growers of other Santorini products, such as its signature cherry tomatoes and fava (Lathyrus clymenum). This summer, visitors to the USC premises and shop will also be able to purchase a new product line designed by Korres, one of Greeces leading producers of natural cosmetics, which makes use of the Assyrtiko grape and its beneficial properties with the essence of the grape skin. The Santorini Vine Collection consists of a shower gel and body cream that signals the new partnership between Korres and USC, which also represents Santo Wines. The new product will...