EU: Much less than EUR 1 billion for Serbia 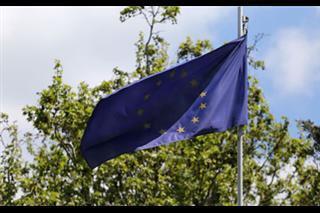 BRUSSELS - Despite Monday's announcement about EUR 1 billion in aid from the EU solidarity fund, Serbia can hardly count on more than around EUR 10 million from this fund, Tanjug learns from a source in the European Commission.

The stir was caused by EU Commissioner for Humanitarian Aid Kristalina Georgieva who said during a midday press briefing that Serbia could apply for aid from the EU solidarity fund amounting to up to EUR 1 billion for the reconstruction and repair after the floods.

The commissioner put it badly, as she mentioned the total sum that is in the fund, and Serbia could get only a small amount of that, Tanjug learns from a European Commission official who spoke on condition of anonymity.

Georgieva also made a slip when she mentioned the figure from the last year's budget for the solidarity fund, which was halved this year, and a total of 500 million has been envisaged for all EU member states and candidate countries hit by natural disasters.

Serbia can apply for the funds if it manages to prove that the overall damage caused by the floods exceeds 0.64 percent of the gross national income (GNI), which in Serbia's case amounts to EUR 175 million.

If within a 10-week time-frame since the first day of the floods we get from Serbia convincing and checkable data that the damage exceeds EUR 175 million, we will take your request into consideration, Tanjug's source said.

As Goran Svilanovic, secretary general of the Regional Cooperation Council, explained during his visit to Brussels on Monday, there are also IPA funds, European funds for agriculture, from which Serbia could get extraordinary funds for humanitarian purposes.