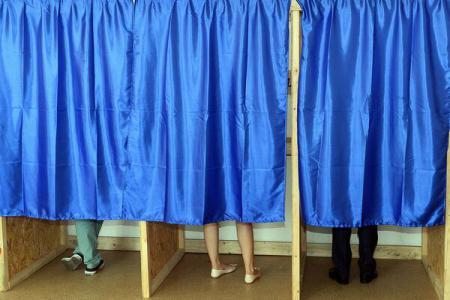 The PSD-UNPR-PC electoral alliance of the Social Democrat Party (PSD), National Union for Romania's Progress (UNPR) and Conservative Party (PC) has got 37.60 percent of the votes in Sunday's European Parliament elections, the National Liberal Party (PNL) 15 percent and the Democratic Liberal Party (PDL) 12.23 percent, according to partial data released by the Central Electoral Bureau (BEC) on Monday, after centralizing the returns from 99.99 percent of the polling stations.

"This is the last official release the BEC issues today, the next one will be in the coming days, after we centralize the reports on paper received from the constituency electoral bureaus," he said.

According to the BEC head, the final...

PM Citu: Head of European Commission to come to Bucharest on September 27, which means that PNRR is approved
Gov't approves mandatory COVID certificate to access certain activities in areas with incidence above 3/1000
Prime Minister Citu recommends victims of aggression in Suceava to file criminal complaints against attackers
Adina Valean:Over 48 billion euros for railway projects under national recovery and resilience plans
Semjen Zsolt: If we managed to conclude collaboration with Serbs, then why can't we also do it with Romania?
LabMin Turcan, appeal to local authorities regarding vulnerable consumer law: Rapid intervention needed
GCS: 4,478 cases of infections with SARS-CoV-2; more than 46,000 tests in 24hrs
UDMR's Kelemen Hunor: In 13 years we had 3 gov'ts; we need to make efforts to rebuild coalition
Subprefect Florela-Antonela Ghita: Capital City reaches 2.05 per thousand COVID-19 incidence rate
Video mapping shows and Subcarpati concert at iMapp Bucharest 2021