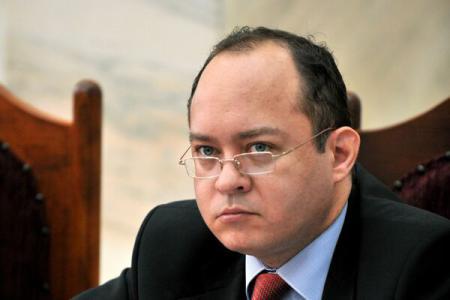 State Secretary for Strategic Affairs with the Romanian Foreign Ministry (MAE) Bogdan Aurescu on Monday attended in Warsaw the 4th Poland-Romania-Turkey three-way security meeting at the level of state secretaries.

MAE reports in a press release that the agenda of the meeting comprised extended strategic and security themes, with emphasis on the security situation in Ukraine and at a regional level, including the prospects for future developments after the May 25 presidential election. The three parties discussed cooperation inside NATO and preparations for the NATO summit meeting this September in the UK, the consolidation of NATO collective defence, missile defence, NATO's open-door policy, the latest developments of interest in the areas adjacent to the Euro-Atlantic area, the situation in Syria, the Iranian nuclear file as well as actions in the EU's common foreign and security policy.

The heads of the three delegations also discussed the context in which the May 25 election was held, voicing firm support for Ukraine's territorial integrity and sovereignty.

'State Secretary Aurescu highlighted the importance of granting Ukraine the necessary support in the context of the ongoing Russian-Ukrainian crisis, both from the perspective of efforts at NATO level, and counting on a decided involvement of the European Union. Aurescu underscored the need to reassure NATO's eastern allies, which are the most exposed to the unpredictable developments in the region, calling this an important element in the strategic stability of the Black Sea region and in deterring instability factors,' says MAE.

Aurescu also pleaded for an active, long-term presence of NATO in the Black Sea zone. He talked about the need to grant substantial...