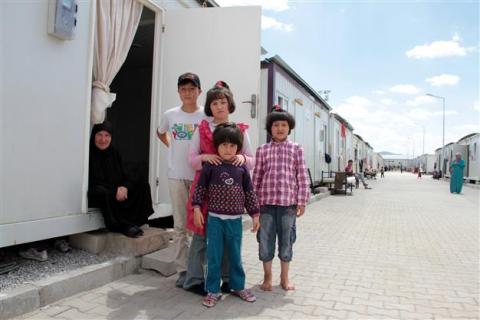 Norwegian Foreign Minister BÃ¸rge Brende has announced that his country will donate $2.5 million to the Turkish Red Crescent (KÄ±zÄ±lay) in order to contribute to the assistance for Syrian refuges who have taken shelter in Turkey.

âI am pleased to announce that the Norwegian Government, via the Norwegian Red Cross, will provide NOK 15 million [approx. $2.5 million] to the Turkish Red Crescent. This is the third donation from Norway to KÄ±zÄ±lay, and this support has now reached NOK 35 million [$5.9 million],â Brende said on May 27 during an official visit to Turkey.

After meeting with President Abdullah GÃ¼l in Ankara, Brende proceeded to Gaziantep where he met Mayor Fatma Åahin and representatives of humanitarian relief organizations that are receiving Norwegian funding in order to assist Syrian refugees.

Since 2011, Norway has donated over $200 million in humanitarian assistance to the victims of the Syria conflict.

âThe international donor community has to keep up their support for the victims of the conflict in Syria, both inside the country and in neighboring countries. Turkey is a crucial partner in both aspects,â said Brende.

âTurkey is a key interlocutor in seeking a political solution to the crisis in Syria. I commend Turkeyâs generosity and assistance to the large number of Syrian refugees who have sought shelter in Turkey. I have had the opportunity to visit the Nizip-1 camp today and to discuss Turkeyâs humanitarian aid with Turkish colleagues,â he said.