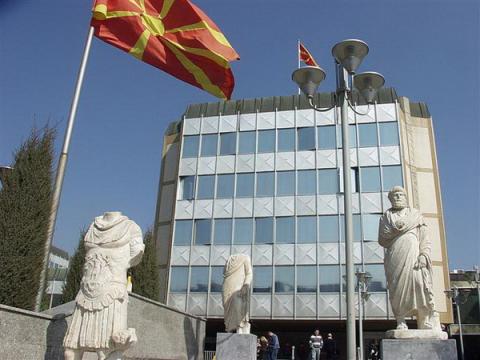 The latest report of the World Bank says Macedonia’s economy grew last year by 3.1 per cent of GDP, well above the regional average of 2.2 per cent growth in 2013.

“The growth in Macedonia compared to other countries is quite strong. Macedonia had the strongest growth in the first half of 2013 and finished with the second highest growth rate in 2013," Doherty Demland, from the World Bank, observed.

"The biggest driver of growth was the recovery of the industry and good agricultural year,” Demland said.

For the future, “we project quite strong economic growth”, Demland added, “but the long-term strengthening of structural reforms would be important to sustain growth.”

In regional terms, growth this year is predicted to average 1.9 per cent. For 2015, growth of 2.6 per cent is forecast.

Speaking about Macedonia’s public debt, the World Bank said it remained within acceptable frames, but the country needed to keep an eye on its budget spending.

The report says the countries of Southeast Europe in general have begun a slow recovery from the recession that struck them during 2012.

In 2012, Macedonia had two consecutive quarters of negative growth, largely as a result of the European debt crisis. The country only exited recession at the end of 2012.

The World Bank said that even with high economic growth, countries in Southeast Europe would need decades before their living standards converged with those of the European Union.

Even if the regional economies grew by 6 per cent a year, which is highly unlikely, it would take more than two decades before living...