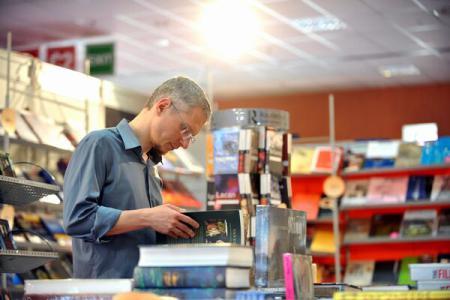 The 9th edition of the International Book Fair Bookfest 2014, hosted in the Romexpo exhibition complex of Bucharest between May 28 and June 1, proposes 300 events of 200 publishing houses, with more than 1,000,000 titles on display, Romanian Publishers Association President Grigore Arsene announced in a press conference on Tuesday, May 27.

'Everybody will be at Bookfest, from creators — the authors — to the publishers and distributors. The public will have the opportunity to see how a book is produced,' said Arsene; he also voiced his satisfaction about the foundation of new publishing houses, in greater number than those closing their doors.

He mentioned the attempt to cut the participation costs for the publishers at this edition of the fair.

Children have a special place at Bookfest, on June 1(Children's Day) and throughout the event; a special place is arranged for them with workshops, lectures and dedicated happenings.