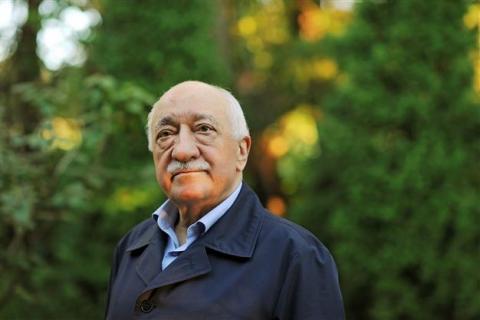 The Ankara Public Prosecutorâs Office is again investigating all previous allegations and cases against Fethullah GÃ¼len, a U.S.-based Islamic scholar and erstwhile ally of the government, including cases in which he was acquitted.

Prosecutors from the crimes against the constitutional order bureau are investigating cases that were either dropped or resulted in an acquittal for GÃ¼len.

The prosecutorâs office is looking into claims that the scholar âfounded an organization with the aim of dissolving and plotting a coup against the Turkish Republic.â

GÃ¼len is accused by prosecutors of âattempting to replace the secular state with an Islamic dictatorship ruled by shariah law.â

Prosecutors also say he has brainwashed young people, who attend schools of the GÃ¼len movement, along with placing members of his movement in the Education Ministry and Police Department and even the military thanks to his foundations, schools and prep schools. Judicial officials also believe he has maintained his religious structure by financing it with suspicious sources.

His members have also joined political parties by âpretending to be modern,â according to prosecutors, who also accuse his followers of infiltrating other state organs, local governments and NGOs.

After a series of run-ins with the Turkish judicial system, GÃ¼len moved to the United States in 1998.

Charges against GÃ¼len were dropped in 1999, but GÃ¼len insisted that the trial go ahead. Eventually, he was acquitted in 2006 of charges that he called his supporters to subvert the state. The Supreme Court of Appealsâ ninth bureau subsequently approved the not guilty...