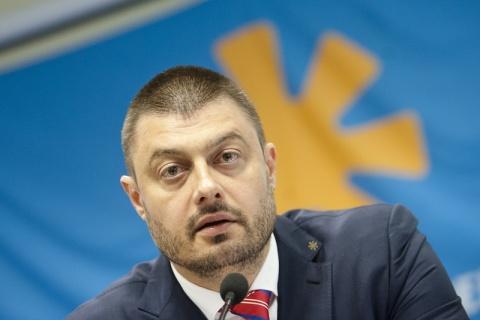 Nikolay Barekov, leader of the "Bulgaria without Censorship" party, photo by BGNES

Populist party "Bulgaria without Censorship" of former TV host Nikolay Barekov had the most expensive media campaign for the European Parliament elections.

According to a survey of the Institute for Public Environment Development, the "Bulgaria without Censorship" party spent around BGN 1 085 655 on media coverage.

The survey of the NGO spans 34 media outlets, including national and regional ones, newspapers, radio programs, TV channels and news websites.

The data was extracted from the official electronic websites of the respective media outlets, which were under obligation to publish them within 3 days after signing the contract.

The survey does not include social media ads.

The maximum budget for the election campaign was set at BGN 2 M in the Election Code, according to reports of dnevnik.bg.

The winner in the EP elections, center-right party GERB (Citizens for European Development of Bulgaria), spent BGN 133 271 on its media campaign, 8 times less than the "Bulgaria without Censorship" party.

Petkov: We Shouldn’t Run in Elections with a Common List with Democratic Bulgaria

Weather Today: Variable Clouds With Chance of Rain in the Evening