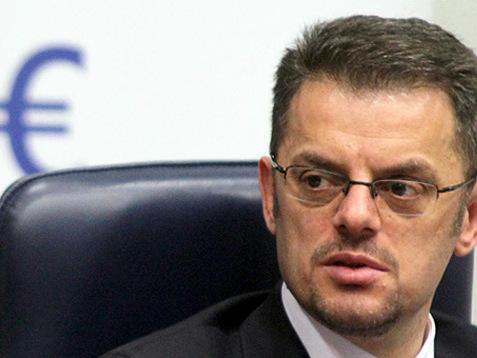 The latest Finance Ministry report reveals that in the first four months of 2014, the government spent almost €200 million more than it managed to gather from taxes.

This sum amounts to two-thirds of the planned €300 million budget deficit for the whole year, which is set at 3.5 per cent of GDP.

Finance Minister Zoran Stavreski said there was no reason for worry as the increased expenditures from the start of the year were of a seasonal character and would not be repeated this year.

“We paid more for subsides to tobacco producers and farmers, for capital investments such as the start of the construction of two highways... The rest is within the planned framework," he said.

"Since we paid more on subsidies, we will now see less expenditure,” Stavreski added.

The Finance Ministry believes the government can still meet its planned annual deficit target, but says it will further analyze to see whether a rebalance of the budget is required in the summer or autumn.

In its latest report on the region this month, the World Bank predicted slow recovery, adding that Macedonia could still meet its original deficit target of 3.5 per cent.

“This is a target that would stabilize the government debt... We have a long way until the year end, so the government has enough time to achieve this goal,” Doherty Demland, from the World Bank, said.

The European Commission is not so enthusiastic and predicts that Macedonia's deficit for this year will reach 4.2 per cent.

The opposition and some financial experts are worried by the size of debt.

Former Economy Minister Besnik Fetai says the government does not have much space to cut spending, even if it wants to.