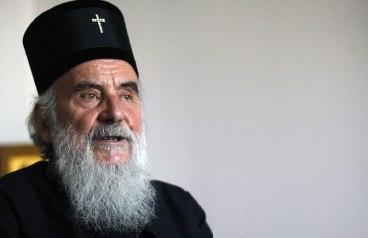 TIRANA -- Leaders of Orthodox Christian churches - including a delegation of the Serbian Orthodox Church (SPC) headed by Patriarch Irinej - were in Albania on Sunday.

They consecrated the Cathedral of the Resurrection of Christ in the country's capital, Tirana.

The consecration service - a major event for all Orthodox churches - was led by Ecumenical Patriarch Bartholomew I, Albania's Balkanweb reports.

Also taking part in the service were the patriarchs of Jerusalem and Serbia, the archbishops of Cyprus, Athens, Warsaw and Tirana, as well as representatives of the patriarchs of Moscow, Bulgaria, Georgia and Antiochia.

The complex of the new Resurrection of Christ Cathedral, situated in downtown Tirana, includes the Chapel of the Nativity of Jesus Christ, a bell tower and the Cathedral center, and symbolizes the rebirth of the autocephalous Albanian Orthodox Church.

Basha is scheduled to receive the leaders of the Orthodox churches on June 2.

Members of Albania's nationalist Red and Black Alliance on Sunday gathered in protest against the Serbian Orthodox Church (SOC) delegation that attended the ceremony on...