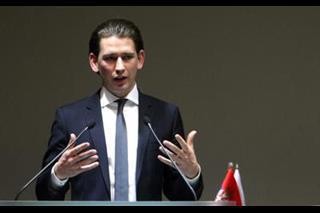 Vucic becoming the prime minister was an important sign for Serbia, he told Tanjug, adding that Serbia had a clear plan of reforms, and that it was described as a positive signal for the future by Austrians living in Serbia.

Austria looks forward to Vucic's visit, and his agenda was intentionally made to include meetings with many large Austrian companies that invest in Serbia, rather than only political meetings, he explained.

Vucic will meet Austria's top officials and a number of investors during the visit to Vienna.

The visit was planned for May 18-19, but Vucic postponed it because of the floods in Serbia.

He will then meet Kurz at a lunch held in his honour.

The meeting with Austrian companies is scheduled after the lunch.

Vucic and Serbia's Minister of Finance Lazar Krstic, who will also be in the delegation, will attend a business forum entitled Business Bridge, which is organised by the Economic Senate of Austria and Serbia.

At the end of his visit, Vucic will meet Austrian President Heinz Fischer.