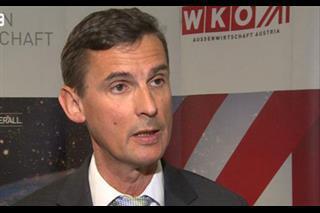 VIENNA - Serbia is one of Austria's major economic partners, Gunter Sucher, Regional Director for Southeastern Europe at the Economic Chamber of Austria, has said ahead of Serbian Prime Minister Aleksandar Vucic's visit to Vienna on Wednesday.

Bilateral trade totals over EUR 830 million, with Austrian exports to Serbia amounting to EUR 500 million, Sucher said in a statement to Tanjug.

Austria is the biggest foreign investor in Serbia, he added.

The Economic Chamber of Austria is still seeing great interest among Austrian companies regarding investing in Serbia, he said, expressing hope that Serbia's EU accession will be an additional impetus to Austrian companies.

Austrian businesspeople are mostly interested in investing in the energy sector, transport infrastructure, environmental protection, the metal and the textile industries, as well as in the Serbian innovations sector, Sucher said.

Prime Minister Vucic's visit is significant as a signal to businesses, as well as to the public, demonstrating the friendly ties between Serbia and Austria, he noted.

Sucher said that he is confident that the new Serbian government will carry out reforms as soon as possible, in particular in areas which have not been reformed so far, which he said will definitely create better conditions for Austrian companies.