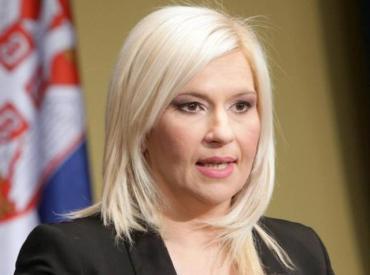 
BELGRADE -- The direct physical damage from the floods has so far been estimated at half a billion euros, "not counting Obrenovac," says Zorana Mihajlović.

This cabinet minister who also heads a commission set up to determine the damage told B92 TV on Thursday that the figures are not yet final and that it is possible that the direct damage will be "even more significant."

The indirect damage, meanwhile, could be "two to three times higher," she warned.

"Teams are visiting local governments, their job is to test and help so that the data is completely accurate," Mihajlović explained.

In addition to Obrenovac which was the hardest hit, 25 other municipalities are seriously affected, including Bajina Bašta, Ub, Loznica, and Čačak.

"The damage to critical infrastructure was EUR 306 million euros, and to local governments around 200 million. However, this is not the final estimate, because (data from) Obrenovac and some other municipalities is still awaited," she said.

This work will be completed by the end of June, according to her announcements, and in parallel with this process preparations are made to begin reconstruction works, "because the goal is to make sure that all those left homeless get a new home by winter."

Mihajlović said that the damage to Serbia's road infrastructure was EUR 40 million and that the money will be withdrawn after part of the loans taken from the World Bank and the EBRD has been repurposed.

"The work is done in collaboration with the Office for Reconstruction, which will provide answers to all questions. Our current priorities are homes and critical infrastructure. By October, people...