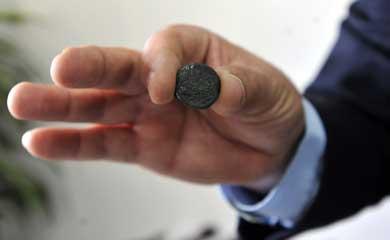 A 33-year-old Greek man and an Albanian aged 40 were to face a prosecutor on Thursday following their arrest in Argos, in the Peloponnese, in connection with 25 ancient artifacts that are alleged to have been acquired illegally.

The Greek was caught red-handed on Wednesday by an undercover police officer posing as a potential buyer and the Albanian national was caught later.

The artifacts include clay pots and statues and, according to experts, most date to the Mycenaean period between the 15th and 13th century BC.