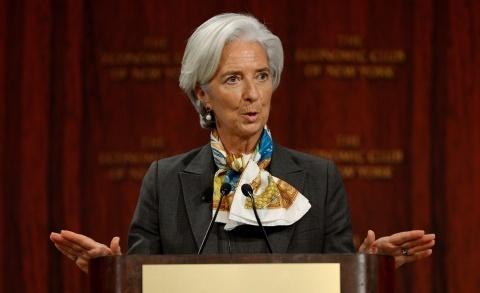 The head of the International Monetary Fund (IMF) Christine Lagarde has ruled out the possibility of becoming the next European Commission President.

"I am not a candidate and the reason I am not a candidate is that I have a job which I intend to complete. As my young son would have said: 'Mum when you start something you've got to finish the job'", Lagarde said at a news conference in London, cited by Euronews.

European People's Party (EPP) candidate Jean-Claude Juncker still remains the favorite for the post, after his party won the most seats in the European Parliament, following the elections at the end of May. However, the EPP do not hold a majority in the Parliament, which would mean he needs the support of other groups.

UK Prime Minister David Cameron has clearly opposed Juncker's candidacy, while the leaders of Sweden, Hungary, and Italy also look unlikely to back him.

In recent weeks, Christine Lagarde's name emerged as a possible nominee, with German Chancellor Angela Merkel stating she would be good for the job.

Lagarde, a former French Finance Minister, has been at the helm of the IMF since 2011. Her term is until 2016.