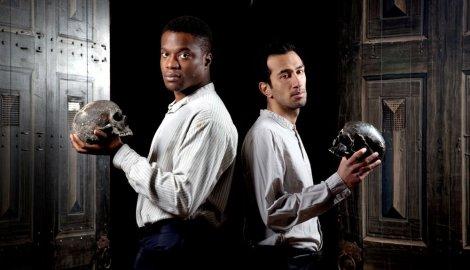 The 'Shakespeare Fest' (June 19-25) shall be opened at the 'Stankovic Villa' at Cortanovci on the Danube by the famous 'Globe Theatre' of London with the 'Hamlet'.

After the famous English threatre, the audience shall have the opportunity to watch contemporary world productions as per William Shakespeare's plays from Georgia, America, Greece, Finland, Slovenia and Serbia.

This year is the 450th anniversary since the birth of the famous play writer and the festival's idea is that plays are performed outdoor as it was the case at Shakespeare's time. The villa at Cortanovci was built in the 30s of the last century and resembels the medieval castles in Lombardia.

The founding of this manifestation has been initiated by director Nikita Milivojevic.
- A couple of years ago I was working on a Shakespeare's play in this villa. When I saw the building and the view I thought them to be a place right for Shakespeare's plays to be performed. It is interesting that my fear that the location would be a problem for the audience turned out to be completely ungrounded. We even had to increase the number of performances due to huge interest. I continued developing my idea when 'Henry VI' that I directed at the National Theatre, had its premiere at the 'Globe Theatre' in 2012. People of that theatre encouraged me in realizing my idea – Milivojevic says.

Incredible women from Turkey
- We shall also host a theatre group from Turkey consisting of nine women of about sixty years of age. They are from a village with rather patriarchal tradition. A woman who leads the troop saw theatre for the first time ten years ago. Then she decided to found a theatre group...