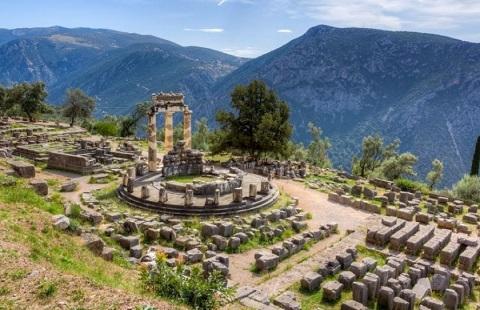 Editors of travel guide Lonely Planet are predicting that Greece will be the top travel destination in Europe this year, as the country shows strong signs of bouncing back from a turbulent few years marked by political instability and anti-austerity protests.

Destinations in the Best in Europe top 10 list are chosen for being either under-the-radar, generating buzz, or for being perennial favorites with reasons to visit in 2014.

Last year, Greece received a record 20 million visitors, and officials are predicting that 2014 will be another bumper year for touristswelcome news for residents who are still struggling to find work amid the sluggish economy.

Greece was followed in the list by Slovenia,Southwest England, Italy, Viking Denmark, Seville in Spain, the Outer Hebrides, Plzen in the Czech Republic, Stavanger in Norway and Toulouse, France.

Last week, Lonely Planet also included two Greek destinations in its new guide of the top 50 secret places in Europe. These are Milia, a village in Hania, Crete, and the Ionian island of Ithaca. Both are noted for having retained their traditional character. [AFP/Combined reports]