Mosquito proliferation in flooded areas to be controlled 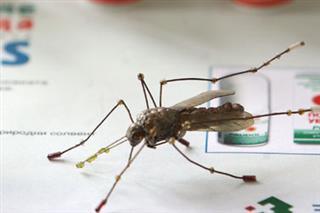 BELGRADE - Talks are under way with the European Commission, which has offered a donation for the purchase of anti-mosquito chemicals, following the recent floods that hit Serbia, said Dragan Ilic, director of the Institute of Public Health of Serbia.

Moreover, local self-governments are expected to set the purchase of anti-mosquito chemicals as a priority, Ilic said on Monday, at the meeting of the Serbian parliament's Committee on Health and Family on the epidemiological situation in the flooded areas.

It is estimated that a total of around 900,000 acres of land was flooded, about 450,000 acres of which are populated, and this is a huge area that needs to be treated, as after the withdrawal of water, ideal conditions have been created for the proliferation of mosquitoes, Ilic said.

He said that the goal is not to eradicate mosquitoes, but rather to bring the number to a biological minimum.

Ilic said that after the floods, one of the greatest health threats are diseases transmitted by mosquitoes and other vectors, primarily West Nile virus, and therefore measures are being taken, including the establishment of a special government team that will monitor all activities related to the mosquito control.

Vucic: Important meetings in Davos, I was open about problems

Mali: Serbia to store natural gas in Hungary next winter