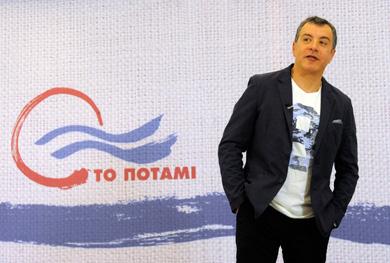 To Potami, the centrist party formed by journalist Stavros Theodorakis, will hold its founding congress at the Technological Park in Lavrio, southeast of Athens, rather than a campsite in Thrace, northeastern Greece, as had been originally planned.

The congress will be held between June 27 and 29.

To Potami said it would hold an environmental conference in Thrace in the autumn instead.