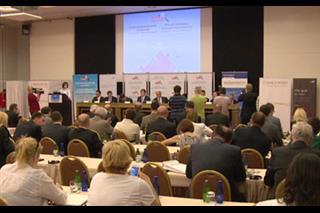 BECICI – An annual Southeast Europe (SEE) summit of finance ministers and central bank governors, which will discuss financial future of the region, will start in Becici, a coastal tourist resort in Montenegro, on Friday.

The participants in the 2014 SEE Finance Ministers and Central Bank Governors Summit, organized by Belgrade-based weekly NIN, with Tanjug as the media sponsor, will talk about important parameters of economic and fiscal growth and development.

The summit will feature a panel of finance ministers discussing the impact of global trends on public finances in the region, and the participants are the finance ministers of Serbia, Croatia, Macedonia and Kosovo*, Lazar Krstic, Boris Lalovac, Zoran Stavreski and Besim Begaj, respectively.

Also participating in the summit will be Deputy Minister of Finance of Albania Ervin Mete, Advisor to the minister of finance and treasury of Bosnia-Herzegovina Miroslav Tomic and Secretary General of the Regional Cooperation Council Goran Svilanovic.