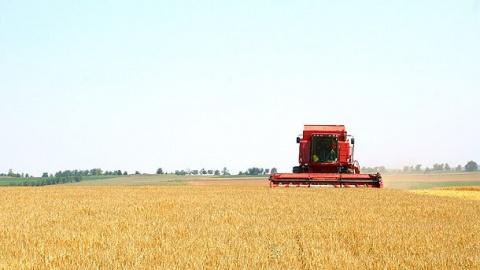 Bulgaria's Agriculture Ministry has updated the data about the production of basic cereals in 2013.

After the update, an increase in stocks by 857 000 tonnes was registered, mainly due to maize and sunflower, according to data of Bulgaria's National Grain and Feed Service, as cited by farmer.bg.

Over 10.4 million tonnes of the total were used for exports and for domestic consumption.

In the period mid-2013 until end-May 2014, over 7.1 M tones of wheat, maize, sunflower, etc, were exported, including more than 4.9 million tonnes of exports to EU countries.

By end-May 2014, the available stocks of major cereals and oilseeds, including wheat, barley, maize, sunflower, rapeseed, rye, oats, triticale, sorghum and husked rice, amounted to 1.4 million tonnes, including stocks of wheat of slightly over 360 000 tonnes (of which 143 937 tonnes were stored at mills, or 39.94% of the total).

The most limited amount was that of barley stocks, at around 34 000 tonnes, while stocks of maize and sunflower were substantially higher.

During the update, an increase in maize stocks to 2 699 600 tonnes was registered. So far, over 2.3 million tonnes of maize have been consumed and exported, and by end-May, stocks were at 650 000 tonnes.

The situation was similar with sunflower, where the update also registered an increase in stocks.