INTERVIEW Ponta: We have learned enough to avoid losing the presidential election a third time 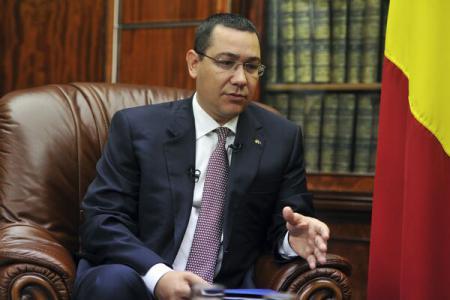 Prime Minister Victor Ponta talks about the impact of reducing social security contributions [CAS] and the position of the political class regarding this measure, about increasing pensions and salaries in 2015, but also about the designation of the European Commissioner from Romania in an interview granted to AGERPRES. Furthermore, the interview approaches issues regarding the presidential campaign, the main candidates of the right-win in the competition for Cotroceni Palace, as well as negotiations with PP-DD.

AGERPRES: Mr. Prime Minister, at the end of last week, the visit of the International Monetary Fund — World Bank — European Commission joint delegation ended. The negotiations were tough, as the Finance Minister said. You announced that the main objective of the negotiations — reducing CAS — will be applied starting with October 1, through a draft law. How feasible is this measure and why was it necessary this year, why did you insist on its application?

Victor Ponta: Let me answer it in another way. The sooner the better, because practically this reduction in the taxation of the work force was the main request of the business environment. I believe that not only in the Social Liberal Union [USL] program, that we ran in the elections with, but also in the program of the opposition the reduction of CAS with 5 percent is present and it is rare that all the political parties have the same economic objective.

The reality is that you have two effects: Firstly, a reduction in illegal or barely legal labor contracts that exist in reality and employers, in order to not pay very high contributions, prefer to pay salaries under the table or pay minimum wage and pay the rest and not declare it, secondly, a lot of the...