Turkey’s exports get going when growing gets tough 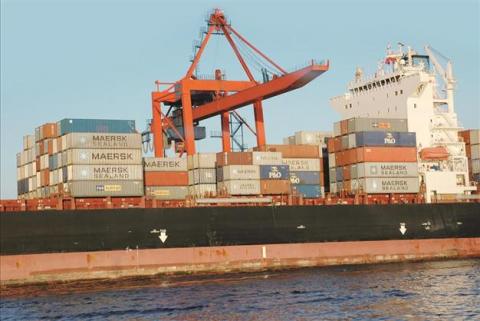 Turkey grew 4.3 percent in the first quarter on the heels of strong export performance, which makes harder to guess countryâs economic performance for the rest of year Before 1980, the Turkish economy concentrated on the domestic market. As in many similar countries, it was trying to develop its âbaby industry.â The state grew local industrialists in an incubator fed with low foreign exchange rates, low interest rates and high customs walls. Public corporations, public banks, tax incentives - everything was for the capital owner growing in the domestic market.

However, the life of this model, in which domestic products were consumed domestically, expired toward the end of the 1970s. The reason for this was that the economy was producing for the domestic market and selling there but was buying the machines, input, energy and technology it needed from outside, while not earning the needed necessary foreign for these. Turkish governments constantly tried to bridge the foreign currency gap with loans from the IMF and the World Bank.

At the end of the 1970s, these organizations also said Turkey should expand internationally, integrate with the world economy and transform its economy into one based on industries earning foreign currencies. This was how the Jan. 24, 1980 economic decisions and their political complement - the Sept. 12 coup - arrived. Because it was believed that to expand internationally and to be able to export, cheap labor and an anti-unionist order were necessary, also required was a more authoritarian political structure.

All of these were actually done and delivered, but the Turkish economy was not able to expand internationally as desired after 1980. A foreign currency earning...