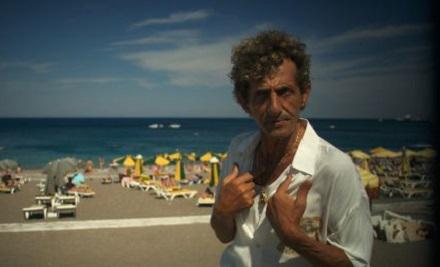 A scene from the 2010 documentary 'Colossi of Love,' in which Ilias Fanouris, aka Bruno, is talking about his conquests.

A 64-year-old resident of the southeastern Aegean island of Rhodes who gained some notoriety after featuring in a 2010 documentary detailing the heyday of the Greek "kamaki," Casanovas who make a business of romancing tourists vacationing in Greece, was found dead in his home on Friday by firefighters, local media reported on Tuesday.

Ilias Fanouris, who went by the name Bruno when chatting up foreign visitors to his native island in the 1970s and 80s, was in his home late on Friday when unknown assailants set fire to the property. Firefighters found a badly charred body in the wreckage, which has since been identified as the notorious Casanova.

Police are investigating claims that Fanouris was involved with a group of individuals who worked as prostitutes in the Aghios Fanourios district of the island. Neighbors also told investigators that they had heard him arguing loudly with someone over Skype on several occasions.

In "Colossi of Love," by Nikos Mistriotis, 'Bruno' claimed to have seduced hundreds of women.