MUP sets up working group to look into Saric's statement 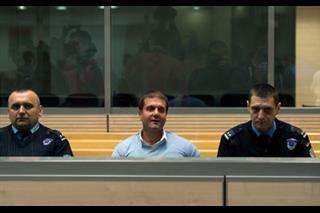 BELGRADE - The Interior Ministry of the Republic of Serbia (MUP) has formed the Working group in charge of examining the allegations voiced by defendant Darko Saric at the trial on the indictment charging him with smuggling 5.7 tons of cocaine.

In the release, MUP said that on grounds of the request for gathering necessary information filed by Prosecutor for Organised Crime Miljko Radisavljevic, the Working group will implement all the necessary measures in order to establish the credibility of Saric's allegations.

Saric said on Monday that Milovic orchestrated the trial against him and that Milovic himself is seriously involved in crime although he holds office as a police general.

He also mentioned the pseudonym 'mango character' referring to an individual whom he claims is the Milovic's best friend who organised a criminal ring.

Saric and members of his criminal ring are being tried in the Belgrade Special Court on the indictment for smuggling of 5.7 tons of cocaine from Latin America to Western Europe.

Earlier on Tuesday, Radisavljevic requested that the MUP should look into the credibility of allegations voiced by Saric during the trial before the Special Court.