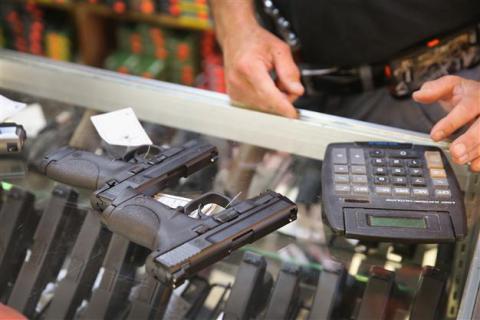 Turkey joins the top 10 in the list of the world's top exporters of small arms. AFP Photo

The latest U.N. figures show Turkey, China and the Czech Republic joining the list of the world's top exporters of small arms, which is led by the United States.

Italy joined the list of the top importers of small arms, which is also led by the United States, according to figures for 2011 from the United Nations Commodity Trade Statistics Database released June 17 in the annual Small Arms Survey.

In 2011, the number of countries exporting at least $100 million of small arms annually rose to 14 from 12 in 2010. The exporters' list was led by the United States and followed by Italy, Germany, Brazil, Austria, Switzerland, Israel, Russia, South Korea, Belgium, China, Turkey, Spain and the Czech Republic, the survey reported. Sweden dropped off the list because its exports fell from $132 million in 2010 to $44 million in 2011.

The eight countries that imported at least $100 million of small arms in 2011 were the United States, Canada, Germany, Australia, Thailand, United Kingdom, France and Italy, the survey said. South Korea dropped from the list because its imports fell from $130 million in 2010 to $40 million in 2011.