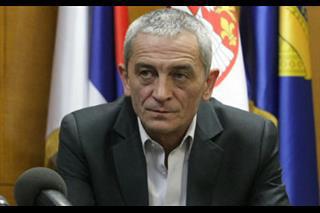 BELGRADE - The results of the polygraph test taken by Head of the Criminal Police Directorate (UKP) Rodoljub Milovic show no psychophysiological responses to relevant questions that would indicate that the examinee is not telling the truth, Serbian Interior Minister Nebojsa Stefanovic said on Thursday.

UKP Head Milovic took a lie detector test on a voluntary basis on June 18, when he was asked a series of questions related to the allegations made by the indicted drug lord Darko Saric.

The police reacted immediately to the claims Saric made during the trial against him in the Special Court, Stefanovic told Tanjug on Wednesday, adding that a working group was formed to examine the allegations implicating Milovic in criminal activity.
"I expect the working group to investigate all claims in the shortest possible legally defined time, and the public will be informed about the results," said Stefanovic.

Acting upon the request for gathering essential information, filed by Prosecutor for Organized Crime Miljko Radisavljevic, the working group will take all the necessary measures to examine the credibility of Saric's allegations, Serbian Interior Ministry (MUP) stated in an earlier release.

Saric and members of his criminal ring are being tried in the Belgrade Special Court on the indictment for smuggling 5.7 tons of cocaine from Latin America to Western Europe.