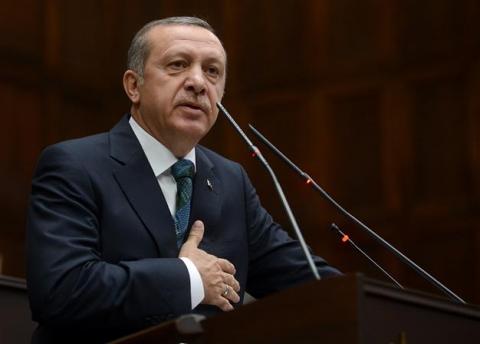 Turkish Prime Minister Recep Tayyip ErdoÄan has indirectly welcomed the Constitutional Courtâs verdict that the rights of scores of convicted suspects in the Balyoz (Sledgehammer) coup case have been violated, stressing that this could lead to retrials.

âWhen I talked about the possibility of a retrial [in this case], some downplayed it. This verdict paves the way for retrials. There is now this sort of opportunity for those 230 people [convicted]. It is our hope that justice will triumph in the end,â ErdoÄan told reporters at a press conference before his departure to Austria.

The Constitutional Court delivered a landmark ruling on June 18, stating that the rights of a majority of convicted suspects in the Sledgehammer coup plot case were violated.

Before heading to Austria, the prime minister also recalled that it was his government that brought the right to individual applications to the top court in 2010, which had led to the possibility of such rulings.

Justice Minister Bekir BozdaÄ also welcomed the verdict June 19, acknowledging that it could lead to the retrial of Sledgehammer suspects. âWhat is important is the fact the court decided unanimously on this case,â he said.

FinMinCitu: The 3.3 billion euro loan gives us comfort of financing all expenditure foreseen in budget

Economic confidence in Turkey jumps in May

US protests for second night over police killing of black man