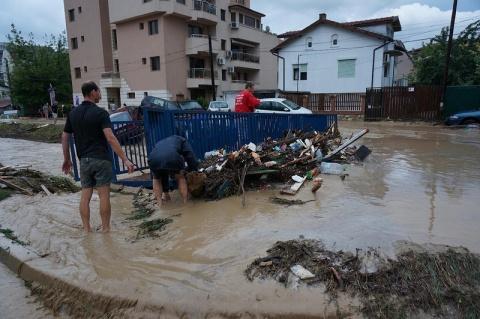 He advised people to avoid traveling to the district without "a serious motive" to do so.

Garbuzov, who works at the Engineering Infrastructure and Public Works Department with the Municipality, explained a more precise picture of the damages in Asparuhovo is unlikely before early next week.

Ten people died in Varna's Asparuhovo and two drowned in the nearby town of Dobrich after the region was hit by floods on Thursday afternoon, and three people were declared missing.

Many cars are completely smashed, houses and streets are destroyed.

Aksakovo Municipality in Varna, as well as the nearby village of Kranevo (located some 23 km from Varna) have declared a state of emergency.

The Mayor of Kranevo, which also attracts a lot of tourists, has told Focus News Agency the situation there is "particularly bad".

The flood also caused damages in a number of towns and cities in central and northeastern Bulgaria.