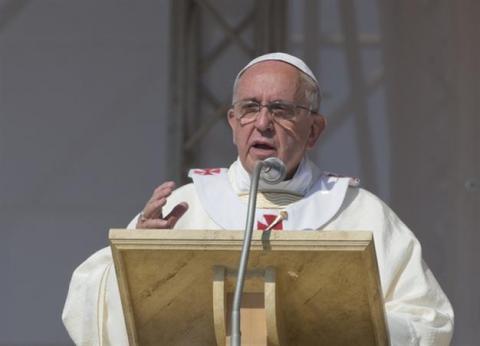 Francis on June 21 issued the strongest attack on organised crime groups by a pontiff in two decades, accusing them of practicing the "the adoration of evil" and saying mafiosi are excommunicated.

It was the first time a pope had used the word excommunication - a total cutoff from the Church - in direct reference to members of organised crime.

"Those who in their lives follow this path of evil, as mafiosi do, are not in communion with God. They are excommunicated," he said in impromptu comments at a Mass before hundreds of thousands of people in one of Italy's most crime-infested areas.

To sustained applause he told the crowd: "This evil must be fought against, it must be pushed aside. We must say no to it."    He branded the local crime group, the 'Ndrangheta, as an example of the "adoration of evil and contempt of the common good" and said the Church would exert its full force in efforts to combat organised crime.

Vatican spokesman Father Ciro Benedettini said the pope's stern words did not constitute a formal over-arching decree of canon (Church) law, regarding excommunication, which is a formal legal process.

Rather, he said it was more of a direct message to members of organised crime that they had effectively excommunicated themselves, reminding them that they could not participate in Church sacraments or other activities because they had distanced themselves from God through their criminal actions.

Still, the use of the highly charged word by a pope was significant because many members of organised crime in Italy see themselves as part of a...