Varna Authorities Warn of Cracks in Botevo Dam after Floods 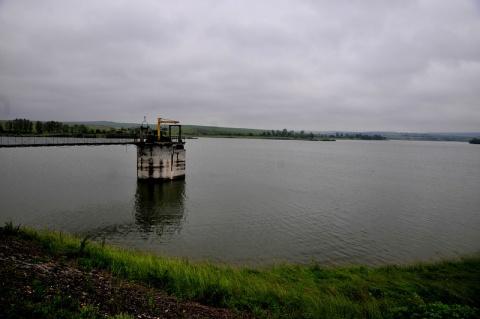 A crack is widening in a dam near the village of Novo Botevo, kilometers away from Varna where eleven people died in Thursday's flash floods, local officials say.

The barrage has not yet failed and no tidal wave is currently expected, but residents of Botevo and other villages and towns in the region are not to return to their homes after immediate evacuation was carried out as the first rifts emerged over the weekend.

Any attempts to strengthen the dam now would be "futile", Nikolay Nikolov, who heads the Interior Ministry's Chief Directorate Fire Safety and Civil Protection, was quoted by Focus News Agency as saying.

The latest assurances come after reports by Varna Municipality suggested the dam had collapsed.

Botevo Dam overflew and completely submerged the village of Botevo in 1948, which forced authorities to move it no the north to avoid similar incidents in the future. They added "Novo" ("New") to its name afterwards.

Officials suggest the situation is under control now in Varna's Asparuhovo district, where a tidal wave triggered by the floods killed 11 people, and also in Dobrich, where one person (despite initial reports suggesting three) has been confirmed dead.

Two children, a two-year-old girl and a six-year boy, are still missing in Asparuhovo, with rescue teams from police, fire brigade and the civil protection service.

A day of national mourning has been declared Monday, June 23.

Last week's tremendous floods have affected thousands of lives, with scores of houses partially or completely destroyed and infrastructure damaged across north-central and northeast Bulgaria.