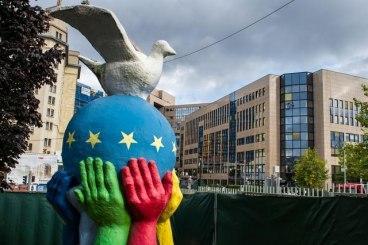 
BRUSSELS -- EU foreign ministers have decided to propose that Albania be given candidate status for membership, according to EU Enlargement Commissioner Stefan Fule.

Albania's path towards the EU was blocked for several years due to internal political deadlock and the slow pace of implementation of reforms.

According to a Beta news agency report, the EU believes that many of the problems have been remedied after Edi Rama was elected as prime minister.