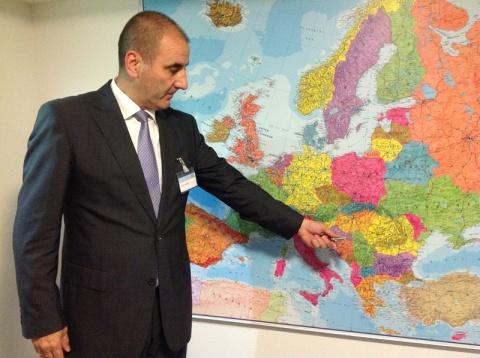 Tsvetan Tsvetanov, Deputy Chair of center-right party GERB (Citizens for European Development of Bulgaria), has complained of a decline in the sphere of fighting human trafficking.

Tsvetanov, former Interior Minister, presented a report on the topic at an international conference on human trafficking in Munich, according to reports of the GERB press office.

He insisted that the structural changes in the security sector in the beginning of 2013 had caused Bulgaria to backpedal on the positive developments in the fight against human trafficking.

Tsvetanov emphasized that the removal of the Chief Directorate "Combating Organized Crime" (GDBOP) from the structure of the Interior Ministry and its transfer to the State Agency for National Security (DANS) had resulted in a large number of the human trafficking investigations to enter a dead-end street within a few months.

Tsvetanov also informed that the number of human trafficking investigations had dropped from 121 in 2012 to 82 in 2013.

He explained the negative trend with the fact that a large number of professionals had preferred to stay at the Interior Ministry instead of going to the counter-intelligence service after the transfer of GDOP to DANS.

Tsvetanov claimed that this had brought about a substantial decrease in Bulgaria's results in the fight against human trafficking, which had also had a negative impact on the country's image abroad.