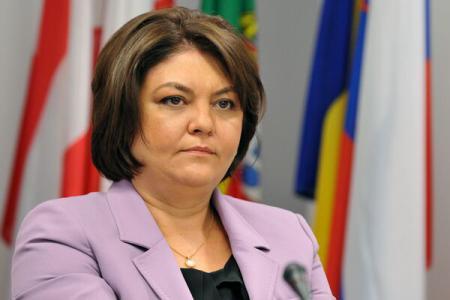 Romanian MEP Adina Valean (of the National Liberal Party, PNL) was elected by the European People's Party (EPP) as candidate, alongside other five MEPs, for vice president of the European Parliament (EP).

The other five candidates of the EPP Group are Rainer Wieland, Antonio Tajani, Ramon Valcarcel, Ildiko Gall and Mairead McGuinness.

"It was a vote for Romania and I am honoured to be widely endorsed by the EPP Euro-parliamentarians," Valean said, according to a release sent to AGERPRES.

The Romanian MEP also said this could be the first time since its EU accession when Romania gets a EP vice president position.

"It's a strong signal EPP gives to Romanians, to have confidence that they are appreciated in the EU. Our cooperation inside Romania's delegation to EPP is a good signal, for a united and powerful right-wing party, at home and in Europe," Valean concluded. AGERPRES