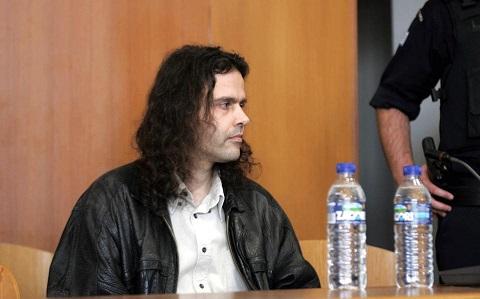 A decision on the request for conditional imprisonment by convicted November 17 terrorist Savvas Xeros, serving five consecutive life sentences plus an additional 25 years for participating in five assassinations and robberies, among other crimes, was postponed on Thursday until October 14.

Xeros, 52, appealed to a three-member panel of judges to be allowed to serve his sentence under strict surveillance at home due to health problems, which have led him to spending several months in hospital during his incarceration. Three experts provided testimony as to the 52-year-old convict's state of health, saying that he suffers from 93 percent disability due to multiple sclerosis and having had polio as a child.

His lawyers deemed the postponement "unusual" but conceded that the court needs more time to asses the evidence before deciding whether Xeros should be transferred from the maximum-security Korydallos Prison to his home.